Local Culture & Things to Do

Gourmet Cuisine and Cooking Classes in the Loire Valley

Local Culture and Places of Interest:

This windmill was built in 1824, and is the only one of its kind in the region. It has remained in the same family for 12 generations, and Monsieur Lemoine still fabricates buckwheat flour, or "blé de noir" in the traditional manner. Many of our courses include a visit to Moulin de Gués, which gives a fascinating insight into the traditional way of milling flour. 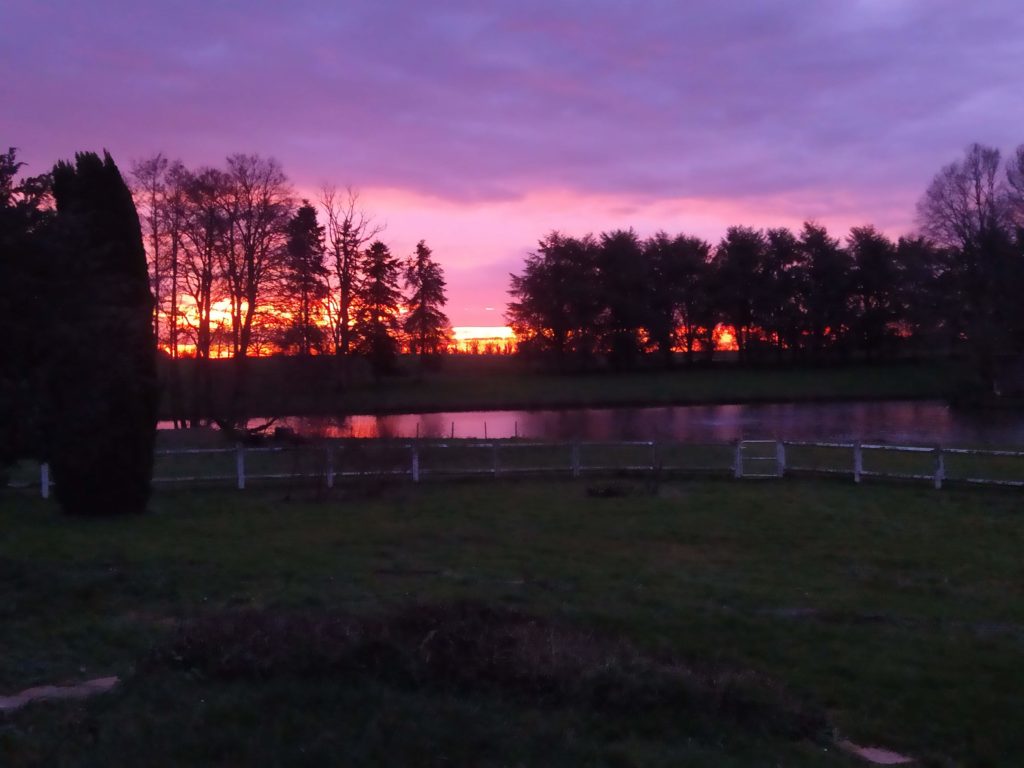 Our friends Lel and Jon Miller offer a beautiful stocked Carp lake for all your fishng desires! Recently opened in May 2020, Les Ravalieres offers a beautiful 3 acre with Mirror Carp, Common Carp and recently added Ghost Koi. Please contact Lel and Jon for details and availability at info@lesravalieres.com.

After sixty years of travelling around the world, Robert Tatin returned to his native town, to sculpt a world deserving of the name "One thousand and one nights", which invites the visitors to dive into his fantasies. The approach is along a pathway bordered by giants, dedicated to people such as Picasso, Joan of Arc and Vercingétorix. In addition to his sculptures, the museum also includes paintings, designs and ceramics. The mueseum is situated in Cossé le Vivien, just 10 minutes from the Walnut Grove, and to all those who visit, a truly unique experience.

Visit the Ferme du Pressoir, where cider has been made since 1871, and enjoy the ambiance of a traditional French cider farm. Taste cider made not just from apples, but also from pears, and sample the famous "Eau de Vie"

The sports and recreation park of "La Rincerie", in La Selle-Craonnaise, near Craon, offers a multitude of water sports: catamaran, windsurfing, kayak and "Topper"; that benefit from the incoming winds onto this 50 hectare lake. You can even practise sand sailing, or, if you like nature, you have ATB, archery, "swin-golf" (9 holes by the reservoir) and mini-golf. The reservoir is also of major ornithological interest, and offers lovely walks around the area.

Château de Craon and its Park

Built a little before the Revolution, this grand country house is made of the Loire white stone, which dominates the perspective of formal gardens and of the town. Panelling and Louis XVI furniture in living rooms evokes the idea of a refined life in the castle. Over 42 hectares, the gardens and park form a whole that you can discover as you please, helped by the French-English written guide.

Château and City of Vitré

Built at the end of the 11th century on a rocky spur overlooking the Vilaine, this château played a major role in the defence of the Breton border, and today is one of the finest specimens of medieval military architecture in Brittany. Rebuilt in the 14th and 15th centuries and restored in the 19th and 20th centuries, it now houses a museum - opened in 1876 - which reveals its history and that of the town. Or stroll through the narrow streets of the old quarters, along the ramparts… and back in time to the 14th and 15th centuries.

The castle of Angers began in the 9th century as a watch post against the Norman threat, and 300 years later during the Plantagenet dynasty it was enlarged to a royal fortress. It now houses the biggest tapestry in the world - "The Apocalypse" 103 metres long, 4 ½ metres high and comprising 70 scenes, the Apocalypse wall-hanging is today the oldest in the world of this importance. Angers is approx 1 hours drive away.

Valley of the Loire

Take a 2-hour drive to the heart of the Loire, to explore some of the best vineyards of the world, and an abundance of medieval castles.

There are two top class golf courses in the area, one at Vitré and another at Changé-les-Laval - both about a 30minute drive away. Les Rochers Sévigné is near Vitré, and is laid out in the grounds of the Château. It is a superb eighteen-hole course, which has been used on several occasions to host the French Open Championship. It has an excellent clubhouse and restaurant. The course at Changé-les-Laval runs alongside the river "Mayenne" - and boasts a full 27 holes. It has panoramic views of the surrounding countryside, and also has a first class clubhouse and restaurant. Both these courses welcome day visitors - and are generally quiet weekdays.

The Refuge de l'Arche in Château-Gontier has a story to tell about its animals; injured, sick, maltreated or abandoned - they are given a new life at the refuge when they cannot go back to their original environment. You will see, for example, the largest group of baboons in the world. Over 14 hectares, all was created (observation posts, overhangs, terraces) so that you can get close to the 850 animals (250 species) and take photos of them.

There are a number of excellent fishing rivers: the Mayenne, the Erve, the Vaige, the Taude, the Treulon, the Ouette, the Oudon, and more anonymous or not well known ones, however also full of fish. Almost each town has its own deep lake that is well kept and restocked with fish for each fishing season. Daily fishing permits can be purchased on request.